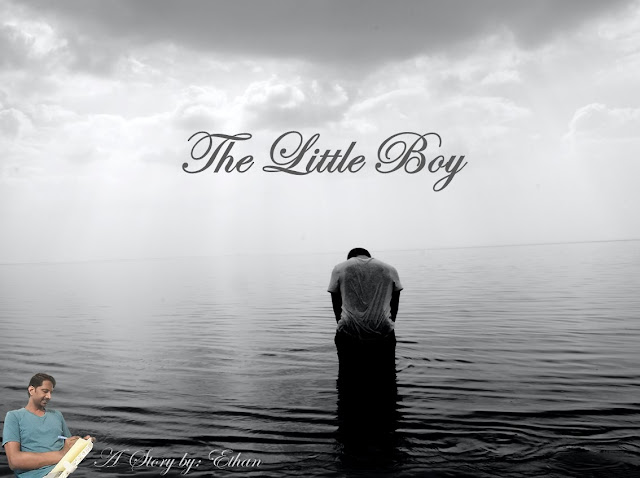 One day.. A boy was walking down the street... Cold, wearing torn mittens, shoes worn out, and legs shivering in the winter cold..He reached a diner where he saw families sitting and having their pre-Christmas dinner with lots of food, drinks, laughter and most importantly.... Love.

He stood at that diner for a long time until the supervisor saw him staring at his customers...
He rushed out, and told the boy.. "you little brat.. Move away from that window.. Ur scaring my customers"..The little boy then in shock just looked at the supervisor while his lips were shivering and said "b..bb..but sir I was just looking at how cozy and warm it is inside".."may I come in.. Please"..? asked the dirty scruffy boy..

Little Boy has been sleeping by the dump yard and under the bridges...He smelt like a street cat and had not taken a shower for a long time.. "come inside... No!" Said the manager... As he closed the blinders and told the boy to go away...  Little boy, continued his journey and came to the main road of the busy bustling town.. As people were rushing to do their last minute Christmas shopping and some people were rushing to get home to their families, Little Boy just stood and looked at the beauty of the city...

With all the lights and all the snow and how beautiful his town was, every year at this point of time little boy loved being in the city. But then,
he remembered this same time last year... The painful event that had occurred at that very busy city junction. Teenage girl was trying to cross the road, trying to cross the road to get to little boy"s side.. So she could feed him for the night...As Teenage Girl was crossing, an oncoming taxi runned her down as the driver did not realise she was going to cross... Little Boy saw that accident and was in shock.. He couldn't believe his eyes as people rushed to help Teenage Girl.

The taxi driver who hit her just drove away and did not stop to help Teenage Girl..Little Boy was helpless as he saw his dinner all splattered on the road.. Teenage girl had brought him his favourite soup from the shop where she had been working.. Hot basil soup..Teenage Girl held out her hand to little boy and by the time he could grab her hand... Little boy saw Teenage girl's life go in a split second....

Suddenly, little boy felt a jolt.. Like someone calling him.. As he realised it as all a dream..a passerbyer was calling little boy.. "hello, hello" Young Man said to little boy.. "would u like to cross the road"? Little Boy with a small smile said "no sir, but I would like some food"..Young Man smiled at him and said... "sure man, I will get you your food" Young Man then asked Little boy "What would you like to eat"? Little boy answered "Basil Soup Sir." Young Man while walking stopped and looked at little boy.. "Basil Soup? your in luck son, I was just going to get myself the same thing" as Young Man walks with little boy they reach the soup place..

Manager looks soo happy when he found little boy.. He pulls little boy towards him and gives him a big hug the manager said "teenage girl used to work in this soup shop and every night she would bring your favourite basil soup back for you" When Teenage girl took the basil soup the night of her accident to little boy..

Few hours before that she had purchased a ticket and that ticket showed that she had won certain amount of money.. When manager knew about this and went to teenage girls house, he got to know about the accident.. He was trying to find little boy all over the city but it failed.. He could not find him.. Manager has been looking for little boy for almost one year...

Manager then brings little boy to the back of the shop.. Where there was a small memorial stand setup for teenage girl.. And her picture was there.. Little Boy cried and cried with happiness and hugged manager.. And thanked young man for bringing him to that shop where Teenage girl was working.. Little boy prayed for change to his life everyday before stepping out of his card box home to find for food.. Everyday he prayed for a better life for food in his stomach.. And for better clothes.. And to go to school again..His power of prayers everyday finally had brought him to this soup shop... Little Boys prayer was answered on that day... 🙏🏾🙏🏾🙏🏾

Moral of the story:  In the most desperate of times, in the most difficult of times nothing can ever be a greater support to us than our very own prayers.. The power of prayer if you believe it, even in the size of a mustard seed.  It works wonders..

p/s :
Thank you for reading...  This was scribbled at about 2:30 am this morning. Thank you to the person who asked me to do this scribble, and telling me to post it here I truly appreciate it.. If you get a chance to read this you known who you are.. ;)

Popular posts from this blog 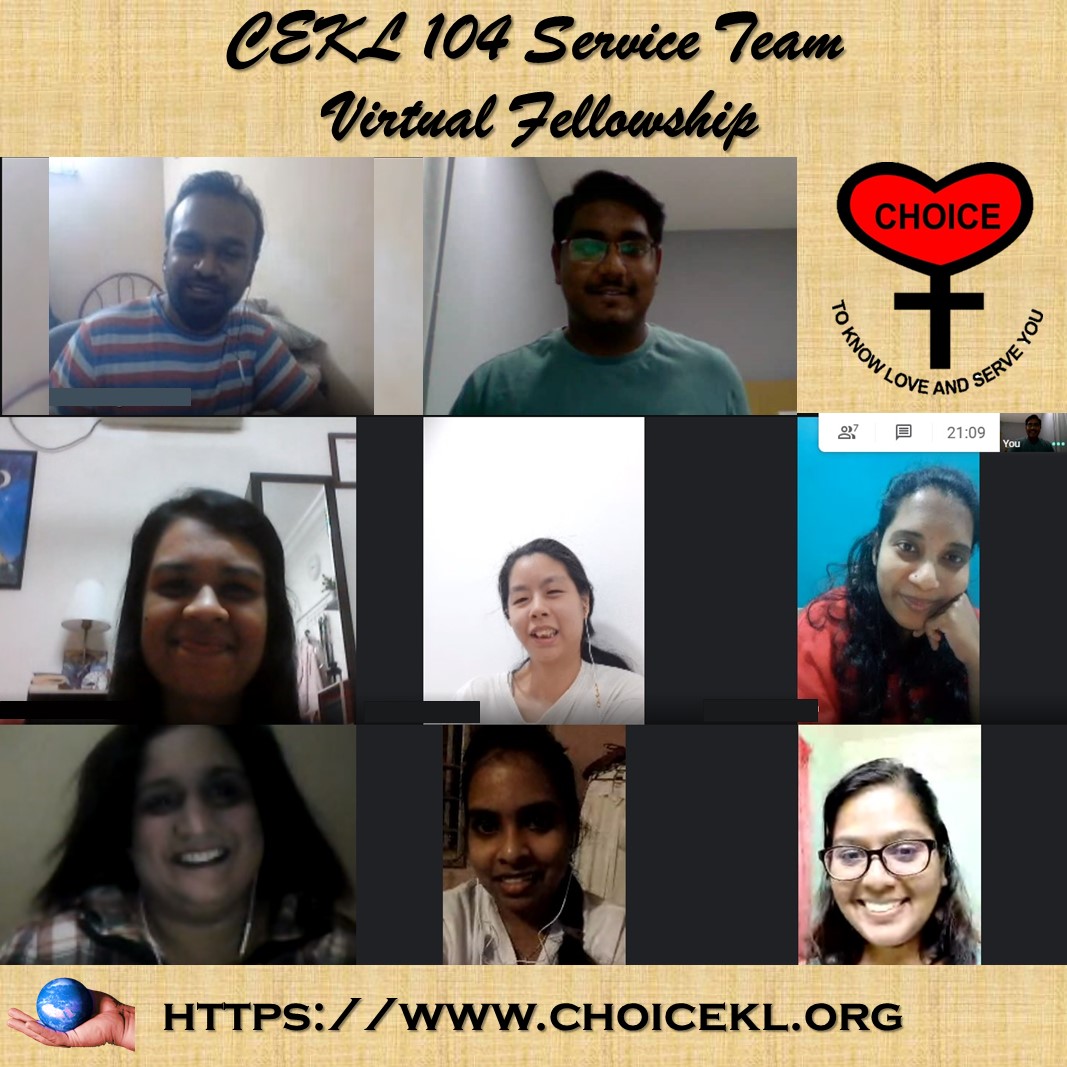 S ince the postponement of the first CHOICE Weekend of the year, which was scheduled to be held on the 1 st of May 2020 due to Covid-19,   the CHOICE English KL Service Team has adapted to a “New Norm” of having our meetings. Yes! We have been communicating virtually.   We have had two meetings via Google Meet so far and on each meetup, we discussed certain topics that were randomly selected yet closely related to our CHOICE weekend retreat topics. The sharing of the topics were really good and interesting as not all of us have the same views. It was a way for us all to get to understand, know each other a little better and build a stronger bond, despite not being able to have our regular meetings. The turnouts for the meetings have been good. However, we would like to have more people joining us. Therefore, I would like to encourage all of you who have not been able to attend the virtual meetings to try to make an effort in doing so when you can, as you may find it spirit
Read more 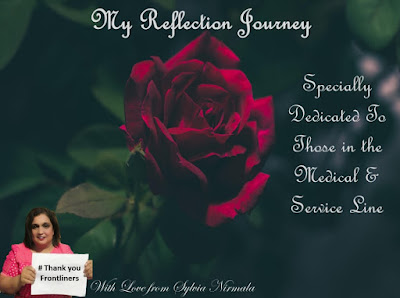 A couple of days ago, I had read on Facebook about an Italian couple who were nurses and had been called back to work in their working place, to aid with the increasing number of the coronavirus cases. Maybe some of you may have read the story. Anyway, this couple had two children and they had to leave them with their parents. As the number of coronavirus cases had been increasing day by day, the couple soon found that it was impossible to even see or talk to each other as they were running up and down treating patients. Finally, for a brief moment they had the time to look at each other's eyes, probably wondering and having conversations in their minds telepathically like, “When will we have the time to be together again”, “When can we see the children and spend time with them again”, etc.. and they both pulled down the mask they had on and exchanged a kiss. Then without wasting time, they put it back again to carry on with their work. Little did they know that their
Read more